Sons of Anarchy is known for many things. Whether it be the violence, or the high octane family drama, the show has been picked apart endlessly by fans and critics alike. Yet there is one element of SOA that never seems to get enough love. The tattoos. Whether it be intricate murals displaying club affiliation, or tiny details that make the show come alive, the makeup artists did a spectacular job at making SOA’s tattoo great. These are the five most stand out tattoos from SOA’s seven season run.

These tattoos are infamous for many reasons. For one, they’re donned by ex-Hells Angel David Labrava. That alone is enough to cement them in the mind of any Sons of Anarchy superfan. But the sheer brutality that Labrava’s character is capable of juxtaposes the nature of these tattoos in such a chillingly poetic way, they’re enough to earn a spot on the list even if they’re a small detail.

This tattoo is cool enough that I would understand if Hunnam went out and got it for real. The work looks spectacular, and the Son’s reaper mascot makes a great centerpiece for Hunnam’s back. In a way, it also serves as a subtle nod to how ingrained Jax is into club life. Just as the outlaw life has metaphorically marked Jax forever, so has the club’s patch LITERALLY marked Jax forever. 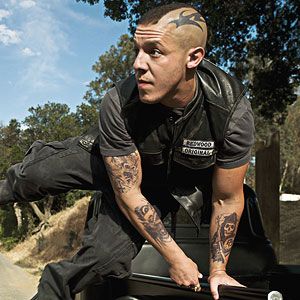 Theo Rossi portrays Juice as a spastic, scatterbrained young man that never really grew up, despite the violence and death he’s surrounded by constantly. What better way to give a nod to that then a Mike Tyson-esque head tattoo? This one makes the number three spot not because I think it’s particularly cool, but because it’s definitely memorable. It evokes the feeling of something painted on the side of a hot-rod or a monster truck. Kinda fitting for Juice, if I’m being honest.

Number two: whatever the fuck that thing is on Kim Coate’s chest 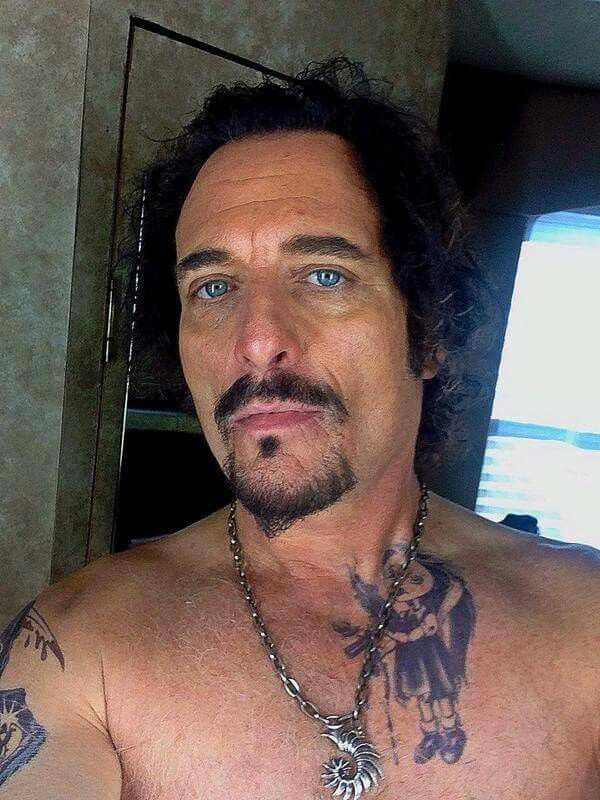 I might be cheating with this one, but I don’t care. I can’t remember if this tattoo has ever been shown in Sons of Anarchy. I’ll keep it a buck with y’all. But it was just so fucking hilarious I had to share it with you guys. Does Kim Coates actually have that as a tattoo? That would be the perfect tat for Tig, and if he didn’t get it for the show/character, that’s even more hilarious. What a spectacularly disturbing piece of art. The line work is kinda wonky, the design is far out. Jesus Christ Kim, what the fuck? 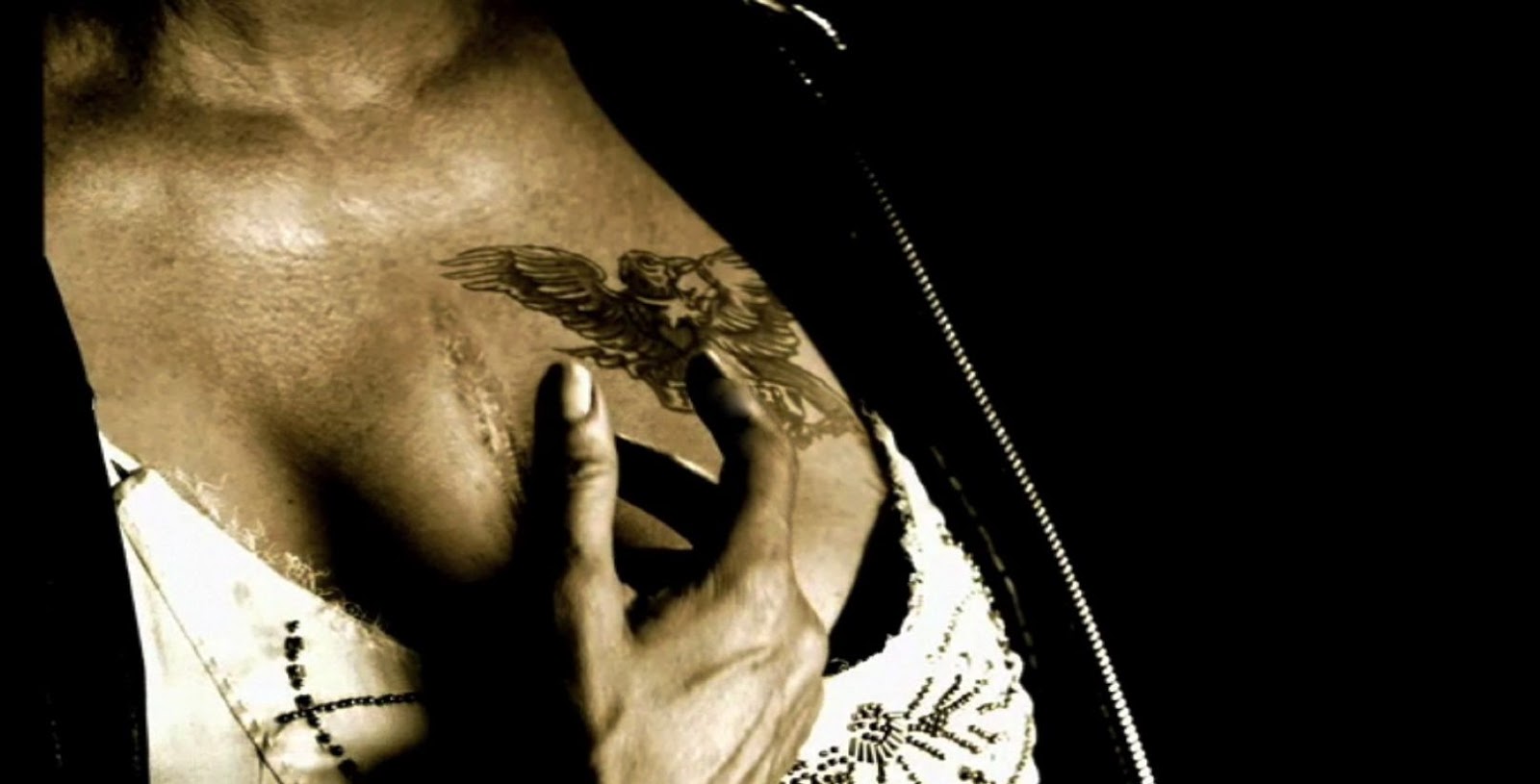 This tattoo is probably my favorite from the show. Not only is it cool, but it serves as a great piece to subtly extrapolate on Gemma’s character. Just like Jax, Sam Crow has left his mark on her soul (and her skin). She keeps the crow close to her heart, and it’s right by a scar that was caused by a surgery needed to repair said heart. There’s a lot of cool elements to this that you can peel back if you think hard enough about it, and part of the fun is interpreting the art for yourself.

Agree or disagree with these picks? Let me know in the comments below!