There are some Sons fans that genuinely enjoy Mayans MC. But for a lot of people, it just doesn’t scratch the itch. Kurt Sutter has a lightning in a bottle situation going on. How can he capture the same magic of an amazing (and original) premise, as well as finding a cast of characters that fill the same void the ending of Sons of Anarchy left in our hearts? This paradox  is why I think that before Sam Crow comes out, Sutter needs to go back in time. He needs to bless his fans with the prequel that Sons of Anarchy totally deserves. Here are six reasons that First Nine should come before Sam Crow.

REASON NUMBER ONE: THE GANG WON’T FEEL THE SAME 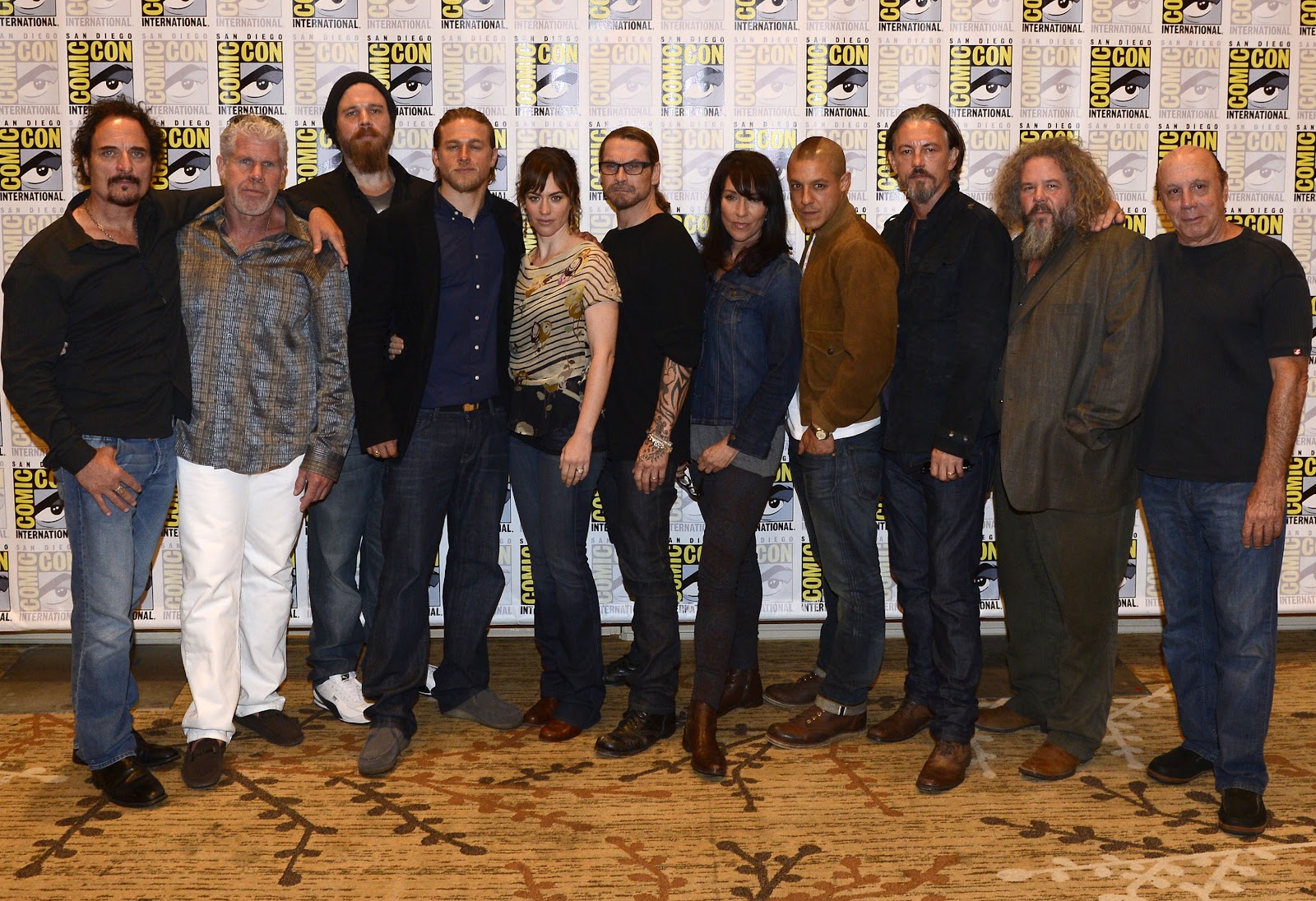 Sons of Anarchy could never have been what it was without the spectacular performance of Ron Perleman. Could you imagine Sons without Clay Morrow’s tragic, Shakespearean role as president of SAMCRO? In addition, is six years enough time to come up with a villain that can fill the shoes of such a well written antagonist? So many of the outlaws we grew to love have gone on to better (or worse) places. Gemma, Opie, Bobby- so many classic characters are dead and buried. Those are some big shoes to fill.

But what about Mayans MC? Didn’t they have to deal with similar drawbacks, as the immediate successor to Sons? Yes and no. While immediate hype was high following the end of season seven, everyone knew that Mayans MC would be  different. It was about a vastly different culture and a vastly different club. The return to form with Sam Crow will bring a level of hype that Mayans didn’t have to live up to. Not only will the Sons be back, but so will the direct offspring of Jax Teller. That carries a whole bunch of pressure. 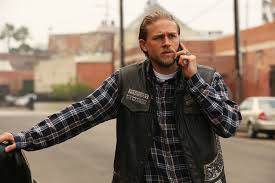 Charlie Hunnam’s performance as Jax was undeniably instrumental in the success of Sons of Anarchy. You can’t convince me otherwise. Even with beloved characters getting killed off left and right, the narrative journey of Jax was kept viewers engaged. With that gone, it will be up to Abel and Thomas to be the heart and soul of the show.

Star Wars is a perfect example of what happens when you jump forward in a franchise half-cocked. There was never a cast of characters that could continue the legacy of Luke Skywalker and Han Solo. At least, not in an authentic and successful way. As trash as the prequels were, at least they introduced a couple of good concepts into the universe. Plus, they paved the way for more interesting work in other areas of the extended universe. The characters of the prequels had less room for comparison because they were from an entirely different era of the cannon.

There is way less baggage with First Nine. We don’t go into it expecting everything we love will turn to shit. We know that everything we love will turn to shit, Twenty to forty years down the timeline. Going into First Nine, fans know  they’ll be able to get all the action of Sons of Anarchy, without worrying about the inevitable demise of their favorite characters. On top of that, seeing fan favorites like Piney and Clay come back in their younger form will be a natural advantage for First Nine.

Sam Crow will be a reminder about what used to be, and not in the pleasant way a baby-faced Clay Morrow is. Thomas and Abel are going to have so much of their past attached to them, that they might struggle to find their own voices and personalities. The comparisons to Jax will always be there with them. But in First Nine, actors will have the freedom to take risks, unburdened by the context of the main show.

REASON NUMBER FOUR:  HOW MUCH SAMCRO IS IN SAM CROW?

Sons of Anarchy ends with Abel and Thomas hurtling off toward Nero’s farm. That doesn’t leave a whole lot of good ways for Abel and Thomas to get involved in the life. Jax was raised around the club by Clay and Gemma- they believed in it wholeheartedly. They dedicated their lives to maintaining it above all else. It doesn’t make sense that Wendy would want any part of the Sons after everything they put her (and her son) through.

Plus, why would the Sons of Anarchy want to re-involve the Teller boys in club affairs? The organization doesn’t know them on a national level. In addition, Jax did kill the president of a different chapter. I doubt this leaves the Tellers in good standing. Also, having grown up with what I assume will be a relatively stable family life, why would the Teller boys choose to involve themselves in the organization that killed their mother, father, grandfather, AND GRANDMOTHER? First Nine doesn’t have to fill these plot holes the way that Sam Crow does. 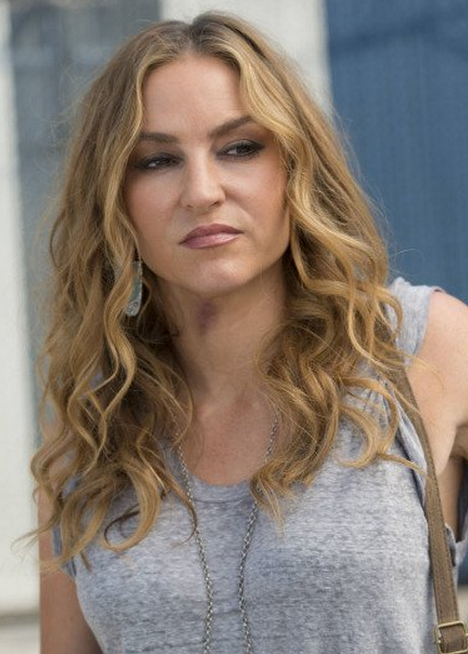 Wendy is a complicated figure for Sons of Anarchy fans. While she had a bit of a PR turnaround, for most of the show she was a minor antagonist. Will fans be able to see past that? She is the woman that almost killed Abel to begin with, after overdosing on skinhead meth. Can she really effectively transform into a maternal figure? Sure, she’s maintaining her sobriety for now, but this also relies on Nero to resist his own criminal impulses.

Nero worked as a gangland figure for a significant period of time. will he be able to resist the call of criminality? What if money gets tight on the farm, or things start to go south? Can Wendy resist her worst impulses? Fans will have to move on from her past mistakes to engage with her as a character. If  she falls into old habits, she’s set up to become Gemma Teller reincarnated. Which brings me to my last (and strongest) point….

REASON NUMBER SIX: THE RISK OF A RETREAD 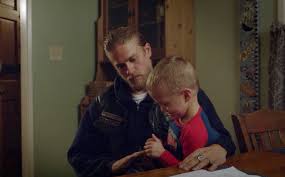 With a show as popular as Sons of Anarchy, trying to follow it up always carries the risk of a retread. The danger was there with Mayans. But Sam Crow is even worse off. The characters slated to return to the show fit the same archetypes that Sons had to begin with. Wendy is prime material to be the new Gemma.  Nero is already set up to be the second coming of Clay Morrow. Think about it- he’s living with Abel’s biological mother, Abel’s father is dead… see where I’m going?

With the constant pressure on these actors to fill the space of the original cast, and the writing already painting them as in ways that have previously been explored, Sam Crow has some glaring roadblocks that could hem it up before it gets a chance to evolve. With First Nine, there might be a few of the same issues, but not as many.  Characters can be developed more organically away from the shadow of the main cast. Watching the birth of the club would be a much more exhilarating (and put together) experience than a show  trying to rebuild what has already been destroyed.

But that, my friends, is just one take.

Tell us yours in the comments below!